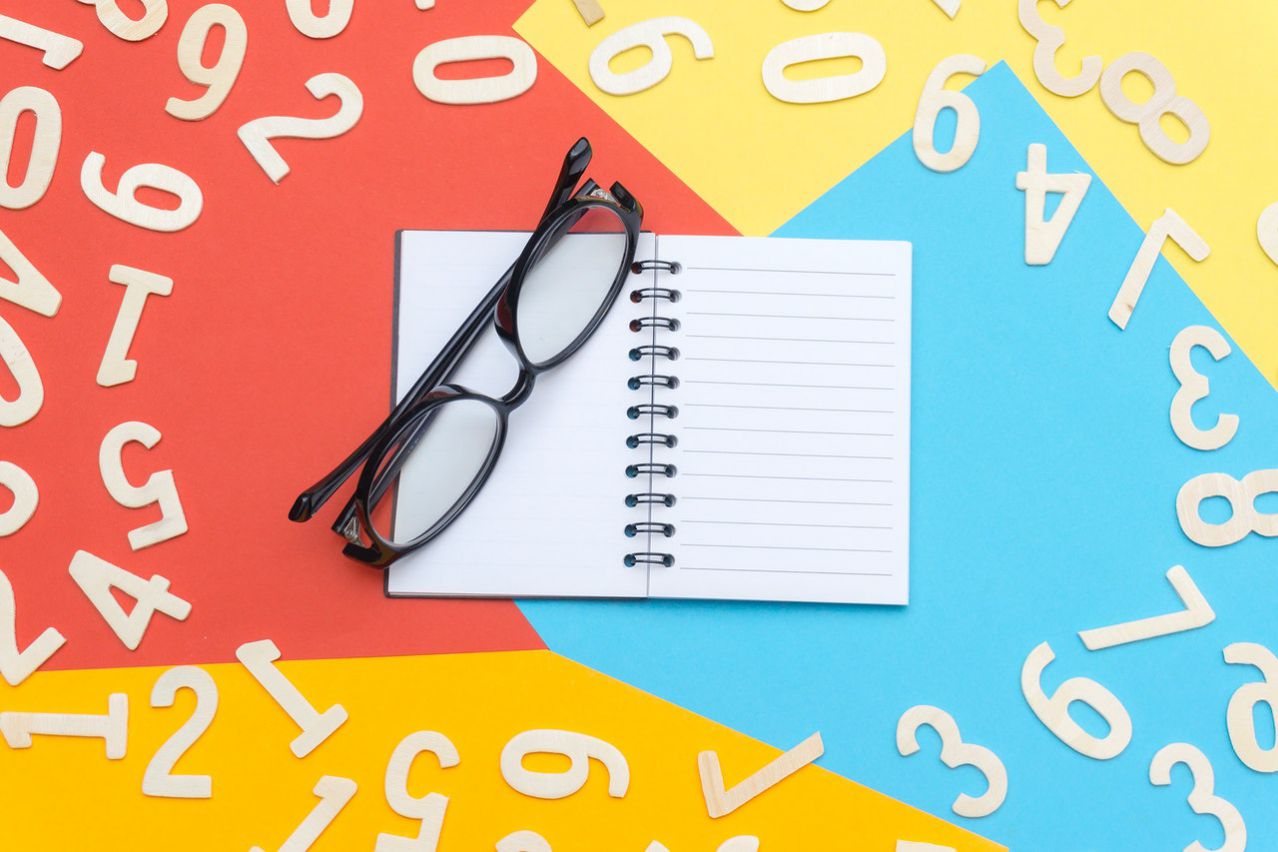 Do you want to know how you can perform numerology calculation via the Pythagorean method on your own and discover more about yourself?

In this post, I will be walking through with you step by step how you may do so.

It is simple to do, and all you need is a pen/pencil and paper. You can become a master in no time! But the more difficult part, of course, is how to interpret the numbers.

Setting Up That Inverted Triangle!

The first thing that you need to do is to draw an inverted triangle and a few dividing lines in between, as shown below.

This inverted triangle is where you will eventually put in your date of birth and calculate your numbers representing your inner and outer character.

To calculate your Pythagorean Numerology chart numbers, write down your date of birth, as shown below. Let’s use the date of birth 16th September 1923 in the example, and you can input yours and calculate too as we go along.

As shown above, sum the:

The next step is to reduce the number to single digits further until you get into your Character Root Number, as shown below.

The calculation is as follows:

With the above, you now have your numbers representing your inner character.

We can now move on to calculate the numbers for your outer character. Refer to the diagram shown below.

By the coloured lines, below shows the formula:

Congratulations! You now know how to calculate your Pythagorean Numerology numbers!

In case you are facing some difficulty in your calculation, you are more than welcome to reach out to me.

Having learned how to calculate your Pythagorean Numerology chart numbers, let us take a look at the numbers revealing your inner character. These are the numbers within the inverted triangle. Using the example earlier for illustration, the numbers are:

There are multiple ways/combinations to read the numbers that can draw insights into your inner character.

Number 4 represents the Planner, where he has the characteristics of having strong planning skills, is smart, well-educated, and admires beauty.

On the negative side, however, there can be a tendency that he may be an over perfectionist that may cause him to lose his direction.

You will also notice the 7-6-4 combination in the middle of the inner triangle. It describes that he has a keen observation, is trustworthy, gains support from the people, and has good management and negotiation skills.

These traits are also reinforced by the 7-9 number combination on the top left of the inner triangle, where it suggests that he has many supporters to assist him in his career.

His 1-5 number combination in the top right of the inner triangle suggests that he is a confident person who has clear directions and certainty on what he wants to achieve.

He is disciplined and demands a lot on himself. But he may be seen as self-centered where he holds on to his principles greatly. He wants things his way, which may not be necessarily wrong.

There is much more that we can examine from these numbers, but I think it is sufficient to say that a person with such numbers generally has a good life and is in control of his life.

We will now move on to study the meaning of the numbers in the outer character. These are the numbers outside of the inverted triangle, and we can use them to understand how you interact with people or approach situations and how people see you.

And the characteristics between the inner and outer triangle can be different. You can correlate that with how you see yourself versus how people see you.

The latter is often something you will not get feedback on. Hence, the outer character numbers may sometimes provide you an insight for greater self-awareness. It helps you to realise how you portray yourself to others, knowingly or unknowingly.

So if the numbers may reveal something negative, you can determine how this may be affecting you and work towards positive changes and improvement. Make sense?

So let us take a look at the examples above. You will notice there is a 1-2 number combination at the bottom of the chart. This means that the person carries authority when he speaks, but he is unaware that there can be people badmouthing him behind his back.

So perhaps if he feels that too in reality and sees this as a problem, then that is something he may want to consider working on to change the situation consciously.

Perhaps he can learn to tone down the way he speaks, for example. But on the other hand, he can choose to ignore it if he thinks it doesn’t matter. And this can be perfectly valid anyway because there can be other factors negating this.

The Character Root Number defines your core characteristic. It gives an overview of what kind of person you generally are.

But as you might have guessed or seen above, it is not everything as there can be so much more to analyze about your other numbers or someone else that you know.

Nevertheless, the Character Root Number is the core number.

There are in 9 Character Root Numbers in total, which I will give a quick general positive and negative energy outline below to provide you a flavour of what they mean.

Click here if you would like to learn about the meaning of the numbers in more detail.

From this article, we have learned how to calculate our numbers via the Pythagorean Numerology method.

And we have also interpreted parts of the numerology chart using the example given.

We have also got an overview of the positive and negative energy meaning of each Character Root Number.

As you now know how to perform numerology calculations for yourself and others, I would like to emphasize that when we are calculating numbers for someone else, we should always have the mentality that we are doing this with good intentions.

I hope you find this article useful and insightful. Feel free to leave me a comment or question, and I will try to answer you as best as I can!